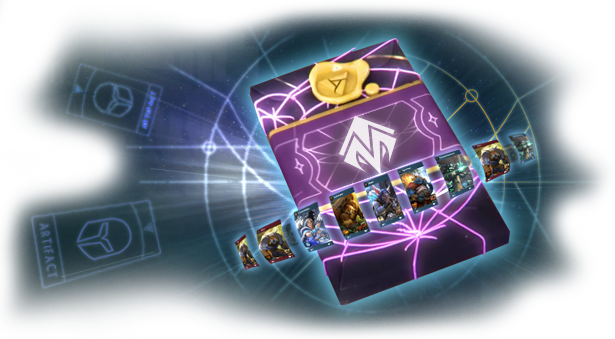 Deck building can be all sorts of things. If you’re up to the mental challenge, it can be quite fun. If you’re not sure what you want it to be, it can be perplexing, painstaking, and maybe even both. That’s usually the case when you’re attempting to build the best deck possible. After all, the “best Artifact deck” is such a lofty goal, and any attempts to achieve it can be quite daunting. To help you out with that, here are some quick tips you can follow.

The Colors of Victory

First and foremost, keep in mind that there is no such thing as an objectively best deck. It can be highly competitive, but never truly the best. All decks have shortcomings and flaws and you can only do so much to cover them. At the end of the day, the best deck you can make will only be the best for you, even if you use advanced strategies in deck-building.

Since there’s no such thing as “that one ultimate deck to end all decks”, the best deck you’ll make will be the best deck according to your deck-making ability and will have to reflect your preferred play style. If you have more than one play style, you’ll have to make many Artifact decks, with each one being the best that they can.

The colors of your heroes and your deck will determine your play style. The colors and their specialties are as follows:

The play style of decks depends on their pace. The three general kinds are the following:

There’s no better color or pace over another, only something more suited to your preferences. If you want, you can even do a two-color deck in order for one color to complement the other, with both covering their respective flaws. For example, you can have a red and blue deck, which will put pressure on your enemy early on while the blue side of the deck primes for long-term control.

Mind you, it’s not the only the nature of one color that you have to account for. You also have to cover how long it takes before a particular hero can set itself up. That means if you plan on using heroes like Luna or Zeus, you need to have your other cards cover them while you get the mana or conditions necessary to pull off their respective signature spells.

On the other hand, if you want to stick to your strengths instead of rounding out your deck, you can also go with a more synergistic approach. A good example of this is having a red and black deck, as both colors aggressively pursue an enemy and have heroes that deal much damage. The green and blue combo are also synergistic, as green’s numerous and heroes will sustain them while the blue spells and heroes slowly but surely establish dominance.
All of those, however, are general advice. That means there will be problems unique to your deck that you never know you had until you play. Some of them can be remedied by changing your deck composition. If you have the money despite the high Artifact card price, go for it. Rinse and repeat until you got that part covered.

To be the best Artifact player, you don’t have to make the best deck ever. You just need the best personal deck that you can make, and then play the best you can. All there is to it.